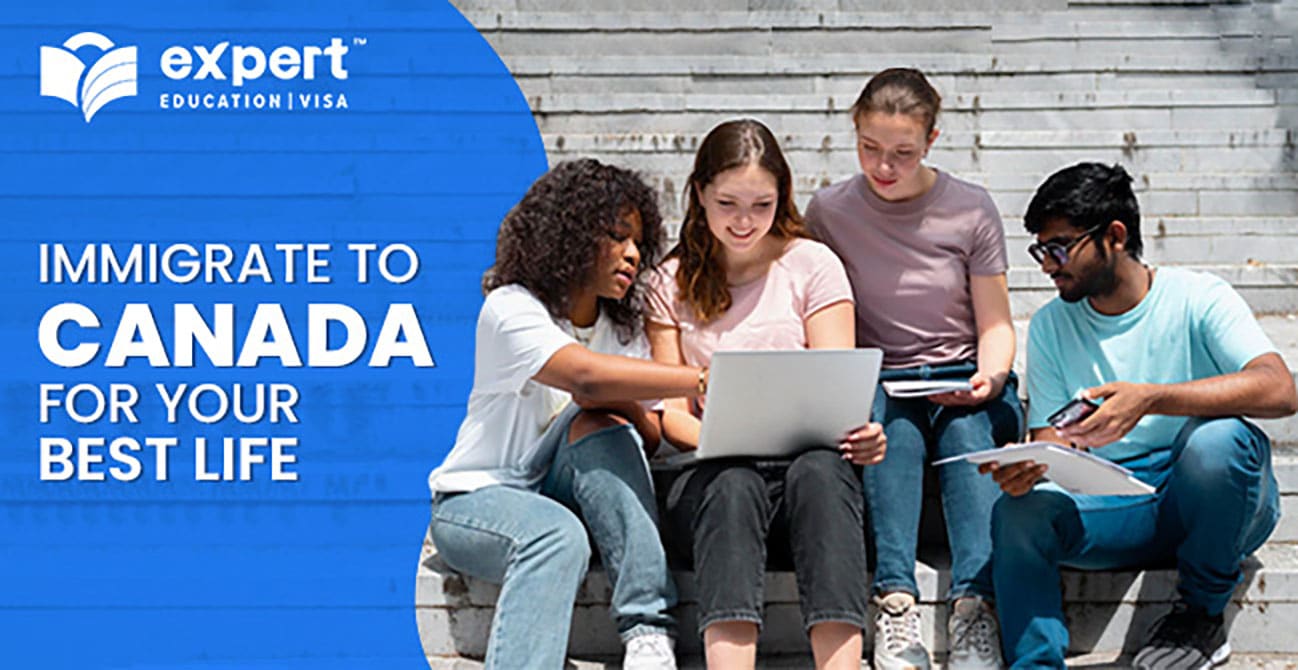 Why moving to Canada from Australia could be your best decision

Canada is known for its liberal mindset, vibrant cities and incredibly jaw-dropping scenic beauty. This is why Canada is considered as one of the world’s favourite places to visit and possibly relocate.

If you have been studying, working and living in Australia but you want to migrate to another country, Canada might just be your best option. You can choose to migrate to Canada from Australia as both countries share commonalities like the language, culture, and commonwealth.

In this blog, we’ll take you through several reasons why moving to Canada from Australia could benefit you more than you think.

What to expect when you migrate to Canada from Australia

Canada is similar in size and population density to Australia. The country has unique landscapes that are breathtaking and cannot be fully discovered within one visit.

To name a few, you can indulge your senses for nature in the deep waters of the Great Lakes, the Rocky Mountains, the majestic Niagara Falls, and the unbelievable beauty of the north.

The Great White North offers stunning and unforgettable sceneries wherever you go. When you settle in, you can try trade surfing for snowboarding and enjoy beach barbecues with friends.

So, if you want to live in Canada, you can do so based on what you prefer. Do you want to study or work in the city? Toronto and Montréal are ideal options with several Canadian colleges and universities to consider.

Are you planning to relocate to a place where urban life meets the great outdoors? Vancouver will not fall short of your expectations. Finally, Quebec is where you can ideally settle with family as it is a small city with a rich cultural background. Even if you are not much of a city person and prefer the quiet spaces of a rural setting, Canada has some of the best rural areas to offer you the life you want.

Although English is a major language of both Australia and Canada, where 59% people speak in English, 23% speak French, and 18% speak in other languages. Just so you should know, Quebec is where French is a commonly spoken language and it is the only Canadian province where French is considered the official language.

Expect the climate to have opposing seasons during the year. This means that while it may be summer in Australia, the people of Canada will be experiencing the cold winters in those specific months. So, Canada’s climates consist of temperate, semi-continental, continental, prairie, and polar. In Australia, the climates as you would be aware are: temperate, Mediterranean, subtropical, tropical, desert. Canada has typically four seasons, including cold winters and warm summers. During the winters, it is often warmer along the coastal regions compared to the inland areas.

Similar costs of living in Canada compared to Australia

The cost of living in Canada is similar to Australia in a certain way. Australia’s income is comparatively higher than in Canada, but you have to pay 35% more for utilities such as water, heating, garbage and electricity in Australia. Furthermore, most items in Canada are comparatively cheaper, which tends to equal out the expenses.

Note that the costs may change or fluctuate over time depending on the province, city, or territory where you live. So, it’s best to seek professional advice from our expert counsellors at Expert Education.

Migrating to Canada from Australia

If you are planning to migrate to Canada from Australia, the journey will be easy compared to those coming from any other country. Due to the shared commonalities, the immigration process is easier.

That is why if you are trying to get a Canada PR from Australia, which means if you are opting for permanent residency in Canada, here’s what you need to know.

Interested applicants may be eligible to immigrate as a student, a skilled worker, or get sponsored by family members who already live in Canada. Skilled immigrants can apply through programs such as Express Entry, Federal Skilled Worker Program, the Federal Skilled Trades Program, Canadian Experience Class, or Provincial Nominee Programs (PNP).

If you are looking to enter Canada through the entrepreneurial visa program, you may be eligible if you have the capital to invest and you are able to meet the specific visa requirements.

Key reasons why immigrants in Australia want to move to Canada

If you are an immigrant or a temporary visa holder in Australia, you’ve probably also planned to widen your base of opportunities. However, apart from Australia, you may wonder whether there is another country that welcomes people of diverse origins.

You may well note that Canada had officially adopted a policy of promoting multiculturalism in the 1970s. Ever since, Canada’s identity has become synonymous with welcoming people from different parts of the world.

Canada has put a range of social systems in place to help immigrants acclimatise and settle in the country. It is easier to bring your family with you while immigrating to Canada. You can acquire permanent residency much faster than in other countries, and it typically takes an immigrant more than three years to become a citizen. Moving to the Great White North also proves more economical compared to the US or the UK.

Healthcare in Canada is free. There may be longer wait periods in emergency rooms or for a specialist scan, but the equality for treatment is quite prevalent.

Canada provides a host of other reasons, encouraging immigrants in Australia to migrate. One of the reasons is safety. Canada is considered one of the safest places in the world compared to any other country.

Also, you can live securely, which means that if you get sick, lose your job, or are unable to work for other reasons, you can still live comfortably. The benefits available include unemployment benefits, and employment insurance among other safety nets.
If you made up your mind to migrate to Canada from Australia then visit our website for more information. Feel free to connect directly with our counsellors too for some expert advice and to know your chances to move to Canada.

Moving to Canada from Australia