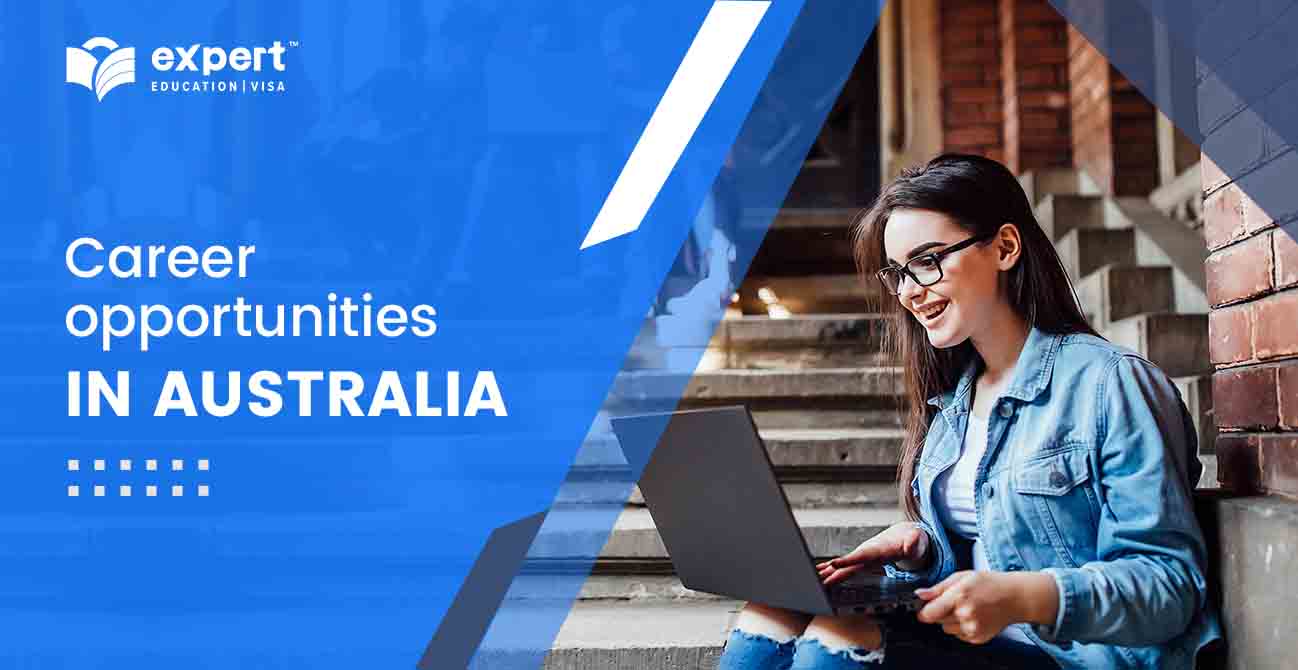 Australia has most people picturing wide open spaces of outback bush, kangaroos, koalas and stunning beaches. Well, there’s more to this continent than meets the eye. Furthermore, there are several reasons why most international students prefer to study in Australia.

The people are friendly, warm and welcoming as Australia is home to a diverse culture of people. One of the top reasons that stand out is the education system that stands out among other countries.

The continent is the third most popular destination for international students from across the world. Even though the country is relatively small, with a population of 24.5 million people, they are global leaders in education. Australia houses over 1100 educational institutions, offering a wide range of study programs.

Still not convinced about your plan to study in Australia? We’ll give you seven more reasons to help you make your decision.

Seven reasons why you should study in Australia

Students who have studied in Australia have better opportunities and higher chances of landing a job with higher pay at a renowned company. The education system offers quality standards of learning with advanced facilities and infrastructure. Let’s look at some of the reasons that make students want to pursue their dream careers in Australia.

1. The top seven universities in Australia ranked globally include:

Australia has a remarkably higher quality of education standards. With over 22,000 study programs across 1,100 institutions, the Australian education system is ranked 9th in the Universities 2020 U21 Ranking of National Higher Education Systems. The Australian education system is designed to ensure that it imparts innovative and experiential learning among its students, giving them the confidence to research and develop insightful expertise in their subject of interest.

According to the International Education Association of Australia, 2.5 million international students have graduated from Australian educational institutions in the last five decades. These graduates have since become part of a large global alumni network, influencing their respective industries with their expertise. International students that choose to study in Australia ultimately prefer to continue and complete their studies in this country. Surveys taken up by top organisations state that 90% of the students are undoubtedly satisfied with the educational system, the staff, and even the infrastructure of the institutions.

There are, at best, seven cities in Australia that are considered the best in the world for students. You may consider studying in Sydney, Perth, Melbourne, Brisbane, Canberra, Adelaide, or the Gold Coast, the top seven best cities in Australia among 100 student cities globally.

16 Nobel Laureates have claimed Australian universities as their Alma Mater. Australian University students come from a lineage of achievements, from the 1945 prize for the discovery of penicillin to the prize in 2017 for the International Campaign undertaken to abolish nuclear weapons. The Australian universities have fostered students and academicians who are acknowledged across the world for their remarkable accomplishments.

Australia has had a wide range of achievements when it comes to its education system. It’s no wonder that the world looks towards this country to produce more students of the highest calibre.

If you’ve been planning on getting a student visa to Australia to study abroad, now’s your chance. Reach out to our immigration consultants to understand the opportunities that lie ahead of you.

What is life in Australia like for international students?

Australia is a land of diversity and culture, and it can be very different for international students. This is true, especially for those whose type of living is different from those down under. If you are an international student and are planning to study in Australia, your lifestyle is likely to change. To help you understand how to adapt and settle to the Australian way of living, we are sharing a few tips for you:

Climate compared to other countries

For international students from Europe and North America, the Australian climate may take some time to get used to and feel comfortable. This is because the Australian seasons are opposite to the seasons in Europe and North America. Also, the climate in Australia widely differs depending on the area. Australia has various environments, from beaches to deserts to grazing lands and coral reefs. However, some parts of Australia have weather similar to that of Asia.

Australia is a multiculturally diverse country. It is varied in its religion, history, language, and art. International students who study in Australia will find themselves studying in an amazingly diverse environment. What’s more, the people here are extremely friendly and may not entirely sugarcoat their responses. As people, they are more than willing to help others, even at a personal cost to themselves. Other benefits include single-payer health systems, social security nets, subsidised education, gun laws, and progressive tax scales. At that same length, there is much less income inequality.

One of the many crucial factors international students will have to consider when preparing to study in Australia is the location. Where would they stay while studying? The majority of Australian students live off-campus like in homestays, hostels, or rental properties. However, some Australian universities may provide housing options, allowing international students to socialise with local students. We have also provided information about student accommodation in Australia, which you can read for more information.

If you are planning an outback trip, then it is pretty stress-free. There’s a lot less traffic to worry about compared to the cities, and it’s also well signposted. Country towns welcome visitors as they all have caravan parks where you can stay if during camping or campervanning. If you’re worried about what you can eat while you take a road trip, there’s lots of motels, pubs and roadhouses that serve meals and provide basic but comfortable accommodation.

The tuition fees in Australia are typically less expensive compared to other countries like the United States or United Kingdom. However, affordability is still an issue for many international students. It is still important that you plan your budget and be careful with your finances. Of course, as mentioned, the Australian government and universities provide scholarships to students with affordability issues. Your visa consultant can help you figure out the best financial aid for studying in Australia.

If you are looking to apply for a student visa in Australia, your visa consultant will help you with the same. Furthermore, the Australian Government allows non-Australian citizens to study in Australia based on several factors. There are many requirements that you must fulfil. Find out which forms you need to submit and where to obtain them, the guidance we provide at Expert Education.

Life in Australia for international students is nothing short of memorable and a place you’d want to revisit. Not to mention the amazing people you will get to meet. If you wish to study in Australia and start a career here, feel free to connect with our student visa consultants today.

Reasons to study in Australia